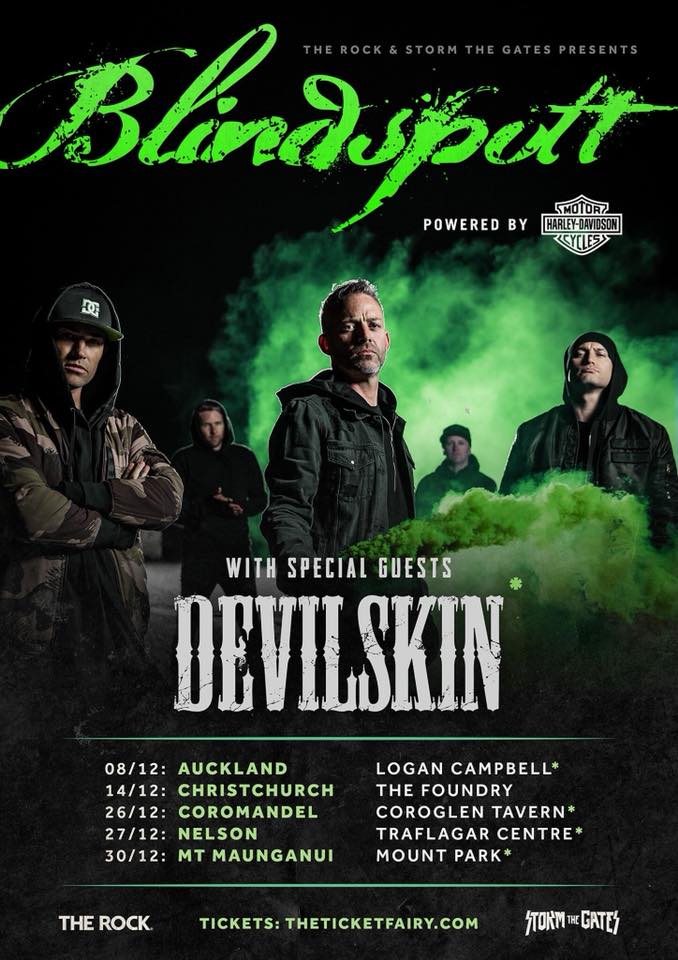 Rock legends Blindspott have made it official! They’re reforming for a 10-year Reunion Tour this summer, and they’re taking the mighty Devilskin along for the madness.

Blindspott sent New Zealanders into a frenzy in August, when The Rock announced that the multi-platinum selling band was getting back together for a one-off show in celebration of The Rock 1500 countdown.

But now due to popular demand, Blindspott are hitting the road for a string of shows.

Presented by Storm The Gates, they will play Logan Campbell in Auckland on December 8; The Foundry in Christchurch on December 14; Coroglen Tavern near Whitianga on December 26; Trafalgar Centre in Nelson on December 27; and Mount Park at The Mount on December 30.

Hamilton metallers Devilskin will be special guests at all shows, bar Christchurch.

Blindspott infamously split in 2007, after 10 years together in which they garnered much critical acclaim, a hugely devoted fan-base as well as enduring a few well-publicised fall-outs.

Their first two albums - 2003’s self-titled BLINDSPOTT and 2006’s END THE SILENCE topped the charts and established the band as one of the most respected and revered rock bands in Kiwi music history. Their hits, such as ‘Nil By Mouth’, ‘Room To Breathe’, ‘Phlex’ are still blasted on rock radio to this day, with this year’s The Rock 1500 boasting no less than 9 songs from Blindspott.

Fans had expected their show for The Rock 1500 would be one-off, but such was the overwhelming reaction to news of their reunion, Damian Alexander (vocals), Marcus Powell (guitar, backing vocals), and Shelton Woolright (drums) are taking to the road once again.

Devilskin are undeniably one of the most explosive alt-metal bands to emerge from New Zealand in recent years.

Hailing from Hamilton and with the spectacular Jennie Skulander at the helm, Devilskin have earned an army of hardcore loyal fans across the world. The band’s critically acclaimed and Platinum selling 2014 debut, WE RISE, topped the NZ Album Chart and spent 47 weeks in the charts. They followed it up with BE LIKE THE RIVER in 2016, which also hit number one.

On September 7, Devilskin released their new single ‘ENDO’ - a powerfully crafted and visceral masterpiece, which showcases Skulander’s incredible power, range and emotional depth, while opening up about her personal struggle with stage 4 endometriosis.

With both Blindspott and Devilskin sporting some of the most dedicated fans in the game; and with both bands renowned for putting on a show like no other, this travelling tour is one of summer’s absolute bucket list ‘must dos’.

Tickets go on sale at 7.00pm on October 3 from https://www.theticketfairy.com/event/blindspott-w-special-guests-devilskin-auckland-8dec2018/


The Rock & Storm The Gates presents… Blindspott and Devilskin 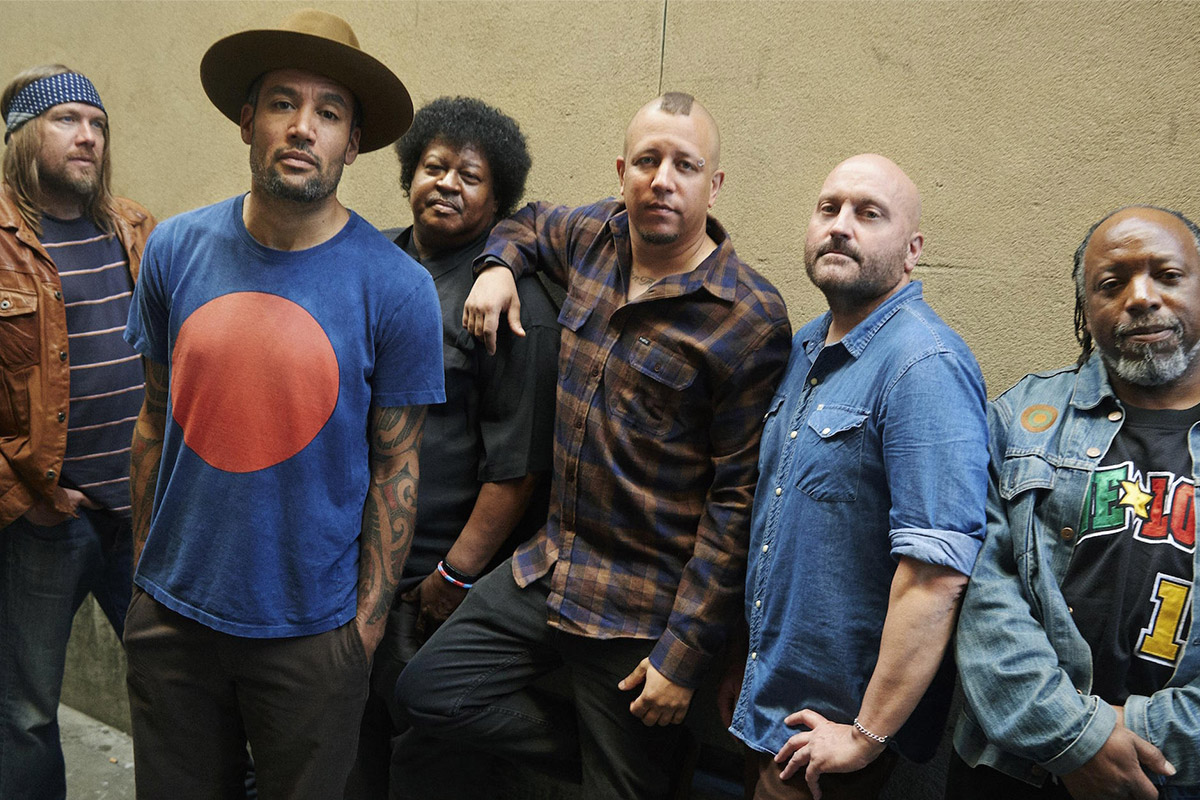