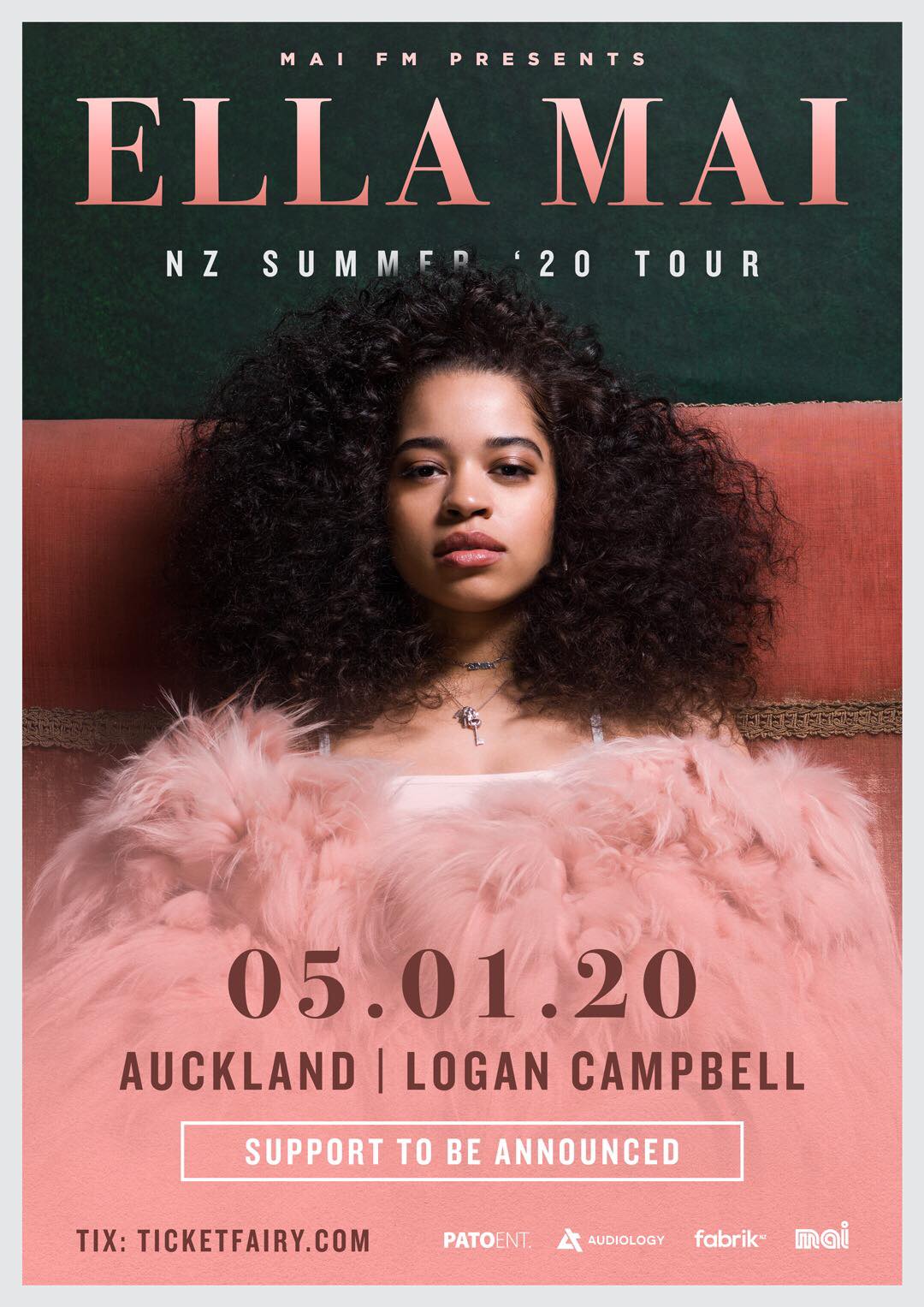 Chart-topping, Grammy-winning R&amp;B artist Ella Mai will top off a phenomenal year and kick off 2020 in style with an Auckland show.

It will follow Ella Mai’s appearance alongside a star-studded line-up at Bay Dreams in Tauranga on January 2 and Nelson on January 4. Ella has reached new heights in 2019 with her RIAA certified platinum debut self-titled album. The throwback R&B record was executive produced by Mustard and had the largest first week debut for a female British R&amp;B artist in more than four years.

The album's record-breaking singles ‘Boo’d Up’ and ‘Trip’ have taken the industry by storm. Making history in several categories, the 5 x US Platinum ‘Boo'd Up’ is the longest running #1 by a woman on the Billboard R&amp;B/Hip-Hop Airplay chart this decade. Furthermore, Ella is the first UK artist to top the US R&B chart since 1992 and the first woman to top three R&B/Hip-Hop Radio charts since Beyoncé in 2012.

It has earned Ella a Grammy for ‘Best R&B Song (Boo'd Up) at the 61 st Grammy Awards. Her impressive award season has also included: a near-sweep at the 2019 NAACP Awards; three iHeartRadio Music Awards and two Soul Train Awards (2018). Ella was nominated for two 2019 Global Awards and won three of her astounding seven Billboard Music Award nominations. Having recently scored the Viewer's Choice Award (Trip) at the 2019 BET Awards, Ella will now vie for Best R&B (Trip) at the MTV Video Music Awards.

This is your chance to catch one of R&B’s rising superstars in Auckland before she continues her rise to the top.