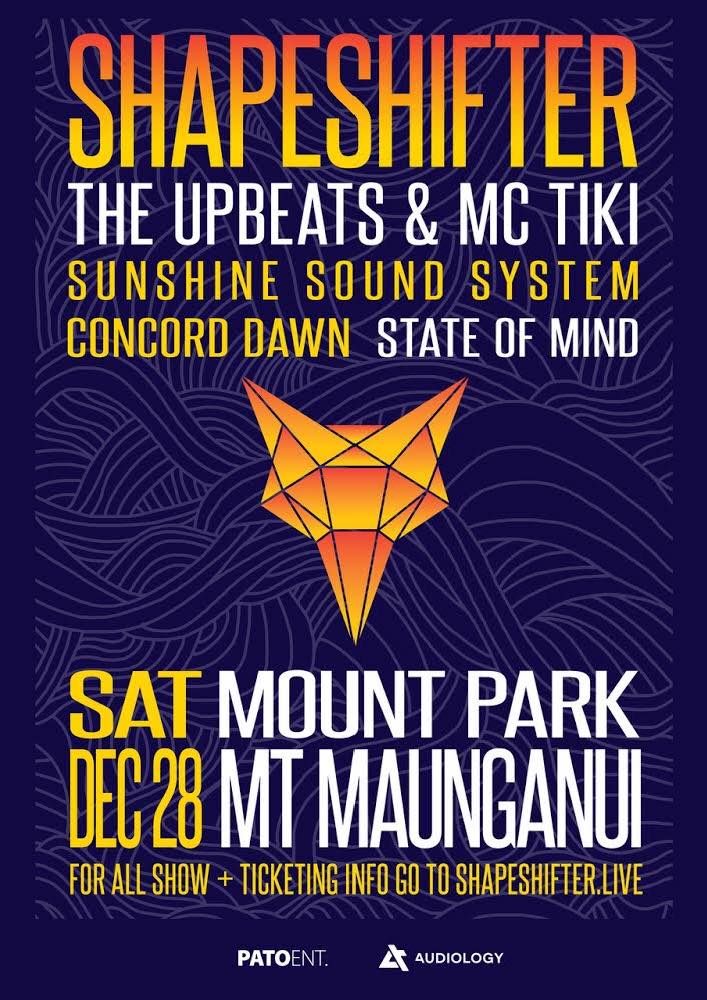 In Tauranga, Shapeshifter will be joined by The Upbeats w/ Tiki and Sunshine Soundsystem. At the Bay Dreams Warm-up in Nelson they will headline a line-up, which includes Kings of the Rollers, Friction, The Upbeats w Tiki and Sunshine Soundsystem. More acts are still to be announced. No summer would be complete without the mighty Shapeshifter. With four EPs and five LPs to their name, countless sold-out shows and tours, show-stopping festival sets, as well as countless accolades and awards, they are an integral part of New Zealand music culture.

The five-piece - P Digsss, Nick Robinson, Dan McGruer, Sam Trevethick and Darren Mathiassen - have also taken their unmistakable blend of drum ‘n’ bass and electronic dance music to the world. They’ve performed at festivals like Glastonbury, The Big Chill and Parklife, and sold out performances across Europe.

Shapeshifter emerged in 1999 with a unique stadium-sized sound. Capable of morphing from rolling drum ‘n’ bass to pummelling guitar-driven jams to horizon-shifting electronic soundscapes, they have long been a ‘must-see’ act who never fails to deliver. Get in early to secure your tickets, and make memories once again this summer with the mighty Shapeshifter.